If you are ever in Portland (and the rain stops for a few hours), get on top of a hill (Mount Tabor is a great place) and look East!  You cannot miss the soul-filling sight of 10,000 ft, ice-capped Mount Hood.  Unfortunately, the camera doesn’t do it justice from the ground on Portland, so I snapped this shot on a flight into PDX at about 10k ft, to give you a sense of the grandeur.

Ever since the clouds parted the first week we were in Portland and we were able to see this mountain, we knew we had to get close enough to at least hike the base–we were finally able to do it on the last weekend in March 2016.

We took the Mount Hood Scenic Byway (Highway 26) down towards Rhododendron, OR.  We picked the Ramona Falls Hike due to it’s accessibility from Portland, dog-friendliness, and length (7 mi out-and-back)–check out the Ramona Falls Garmin Tracks we took!  As we approached the small access roads, we found them barricaded since the campgrounds are closed through March, for the winter.  Ugh, that was annoying!  We didn’t realize and now needed to find another hike; at least there were plenty of other people who saw the same thing and turned around.  However, there were plenty of cars parked, so some must be in the area.  We decided to park here, and do the 2 mile hike on the blocked, paved access road to the trail head–this was going to turn around 7 mi hike to closer to 12 miles!  We were game [Beth here – but ask us again in 10 miles 🙂 ].

The trail was traveled, but very few people on it this day, due to the 2 mile hurdle to get back to the trail.  The trail head markers were very clear when we started- the bridge to cross the river has been out for nearly 2 years with no plans to put it back into place.  Of course that’s a deterrent for family hikers, but they also had instructions for proper crossing during the summer.  Luckily, it is much lower in the winter and early part of the year, so we were game!  We found one particularly well-worn log crossing most of the water and rocks, which served as an excellent bridge!  Even though Snickers was unsure, she crossed it with ease–brave little pup.

This is the best crossing point on the river

Once we crossed, we walked into a floodplain that gave a perfect vista of Mount Hood- THIS is the picture we wanted!  We walked along this for nearly a mile, allowing the mountain to come into full, glorious view before we split off.

Mount Hood- good luck getting a better shot, this was amazing!

The trail went back into the banks, into the woods, and met up with a segment of the Pacific Crest Trail. The trail kept taking us up, closer to Mount Hood, but we never got to see another great view of it [Beth here – the day also got more and more overcast so even if the trees opened to a clearing, we wouldn’t have seen much. Typical PNW].  The higher we gradually climbed, the more snow we encountered!  Before we hit Ramona falls we were ankle-deep in quickly-melting snow.  That’s when we hit Ramona Falls, which is a wide, beautiful wall of water in a well-shaded side of the valley.  We spent only a few minutes here, since it was very wet and cold.

Temps in the 50’s and sunny, so even with snow on the trails short sleeves were right for the uphill hike 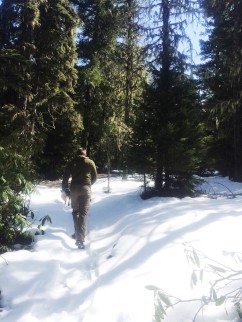 Snow gets deeper a little higher up and further in

We missed a pic of Beth in front of Romona Falls, so she gets this tiny falls. 🙂

We continued on and found some beautiful rock-faces on the valley walls, some escarpments came out 20 ft or more over the valley floor and it really felt like it was towering above us.  The rest of the walk back was along the creek on the far side of the valley in which we entered.  At some point the pup had a nice gash on the bottom of her foot; she must have cut it on a sharp rock at one of the creek crossings–she was being a trooper.  By the time we got back to the main river crossing we were getting tired, but still 3 miles to get back to the car!

Once back to the car, we were *done*!  Take off those hiking boots and settle in for the 1.5 hour drive back to Portland.  Of course, we scarfed the rest of our food- a second PB&J, jerky, almonds, and an orange.  🙂

Follow us, two transient young professionals and a dog, as we explore the West with a calling to food, fun, and the outdoors by sharing our thoughts, pictures, and ramblings.

Mount Hood- good luck getting a better shot, this was amazing! 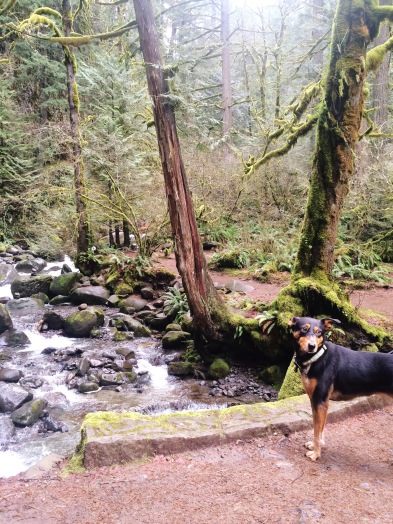 Long shot of the falls 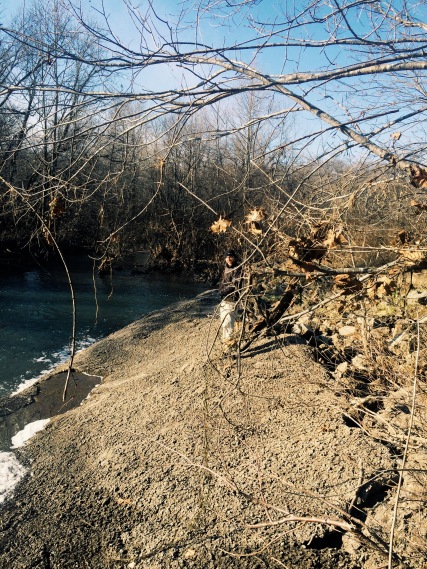 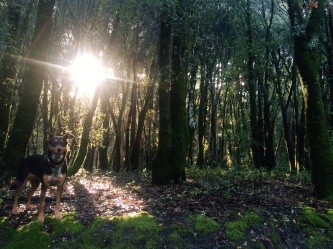 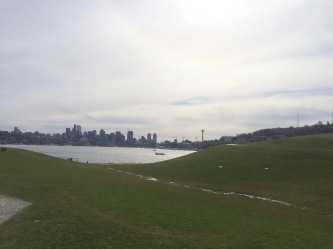 Anthony Chabot Lake in the morning 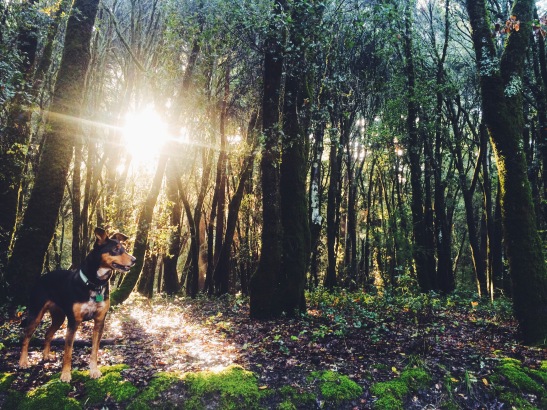 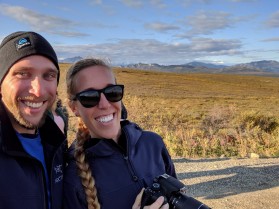 Morning in Denali NP, with Denali peaking out in the background

Jungle on the Kalalau Trail 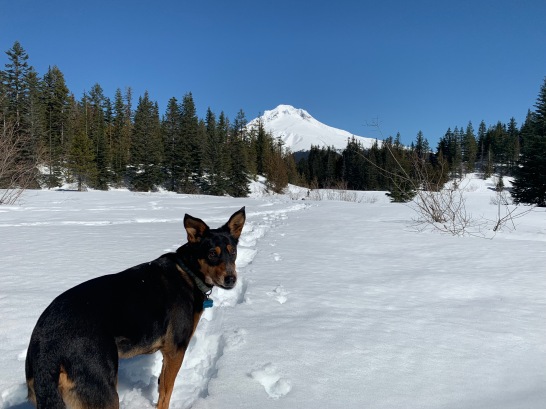 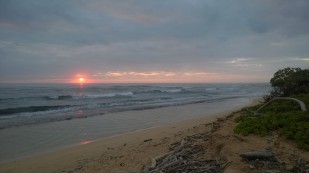 Sunrise on the beach

Wonders of the falls

Check out Denali peak in the distance, peaking out from the clouds 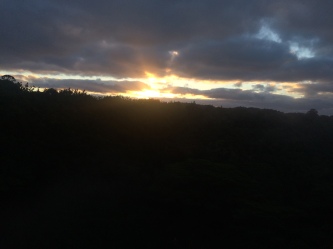 This is the best crossing point on the river

Half a mile from the Aialik Glacier 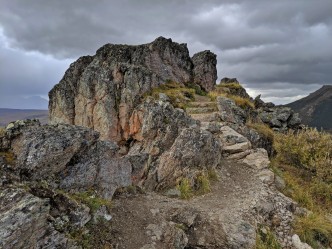 You would look like this, too, after 4 days in the car

Snow gets deeper a little higher up and further in 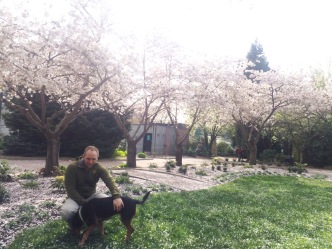 Having some private time on the lifts

First at the Pacific Ocean! 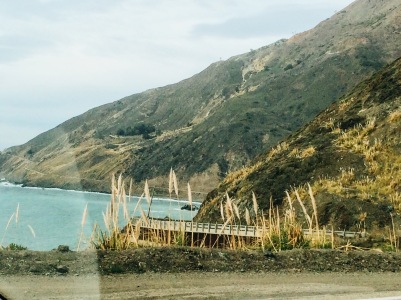 At the top of Eldorado Canyon

Base Camp Brewing in Portland, OR 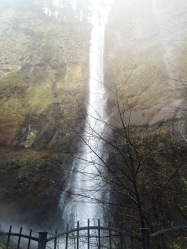 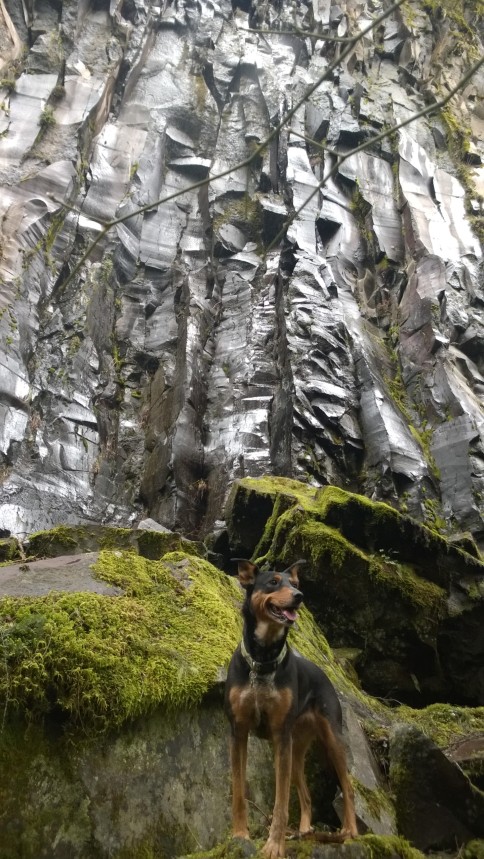 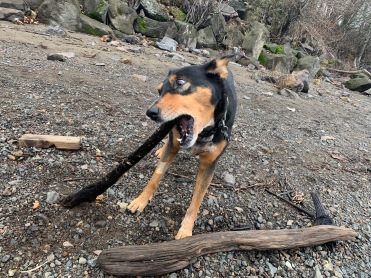 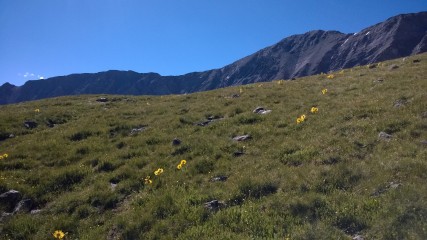 Sound of music, anyone?

Taking a break from the hike on the Napali coast